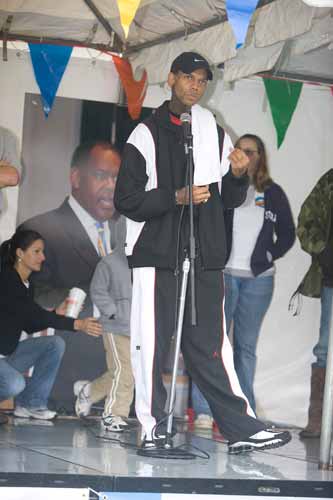 Euran Daniels has often been identified by media as one of the most influential African American males in the nation. Born with Congenital Nevus, a rare skin condition, Euran has captured the attention of many from across the world. Learning how to accept this rare condition at an early age while overcoming obstacles such as teen bullying, Euran has excelled in the many walks of life and have shared his story with youth across the world.

From starting his own business at the tender age of 10 to making history as the youngest endowed scholar at the University of North Carolina at Wilmington, Euran has mastered his childhood philosophy, “If Better is Possible, Good is not Enough”.

As a teenager, BET’s Teen Summit and Coca-Cola labeled Euran as one of the top ten teens in the nation. He is credited for producing his own teen television talk show, Teens -N- Progress, a talk show designed bring youth together to discuss issues they face daily. As an adult, Euran has continued to capture audiences worldwide and have shared his lifelong experiences thru countless Education and Business Executive Advisory Boards.

Euran’s lifelong success story will forever impact people of all cultures from across the globe.